“I sentieri dei briganti siciliani ” path will be organised in 4 days and will include three overnights from the 1st to the 4th of novembre 2018. The path is about 80 km long and it starts from San Mauro Castelverde (Palermo), located in Madonie Region Natural Park and leads to Cesar (Messina), located in the middle of Nebrodi Park. It runs along the dorsal park in Messina province, across wonderful woods and natural – pristine lakes. The path target is to find out the ancient roads used by brigants in Sicily in the post – unitary period. It s an historical path, useful to discover Sicily events that marked the first years after the Italy unification. We will know about “banda maurina” (San Mauro gang), who dominated in Sicily the last decade of the 18th century: from the gang origin and their hiding places, to the Cesar defeat, thanks to tales offered by “Giornale di Sicilia” and New York Times ancient journalists.
Path tecnichal file will come out soon 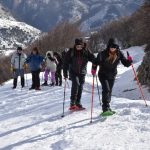 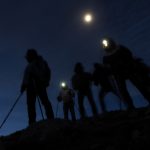